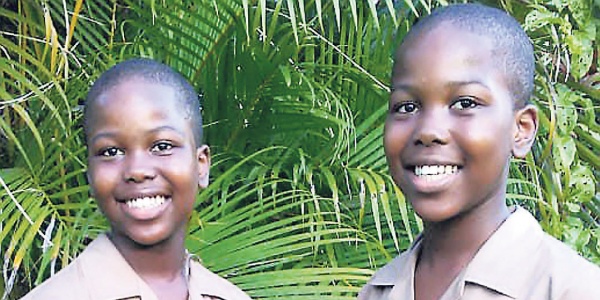 Kaeden Brown is the 2018 recipient of top boy award at the third staging of the Supreme Ventures Limited (SVL) Junior Creators Robotics Camp, which included a $50,000 scholarship for school supplies, in addition to trophies to commemorate his efforts.

The 10-year-old was selected based on the work done each week.

One hundred students from primary schools in Kingston were selected to take part in the SVL camp, held at Campion College. Initially, Brown was not invited to attend the camp; only his twin brother, Kyle, was given a permission slip. However, Claudia Walker, the... read more

We Are DEAFinitely Readers! 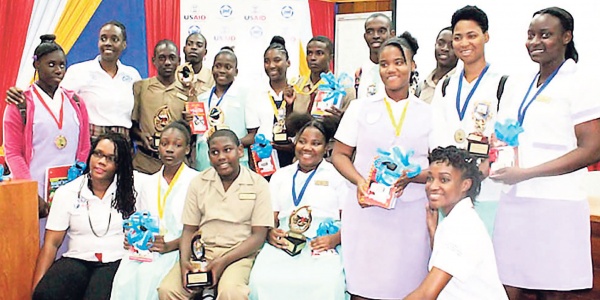 WE ARE DEAFinitely Readers! is a new reading competition designed to inspire deaf children to become voracious readers and to boost their literacy standards within the deaf schools. It is implemented by the Jamaica Association for the Deaf (JAD), under the Partnership for Literacy Enhancement for the Deaf (PLED) Project, which is sponsored by the United States Agency for International Development (USAID). The inaugural staging was held on November 29, 2018, in the Neville Hall Lecture Theatre at The University of the West Indies. Specially invited guests in attendance included Alando... read more

The installation of Ja’s first-ever SeaBin 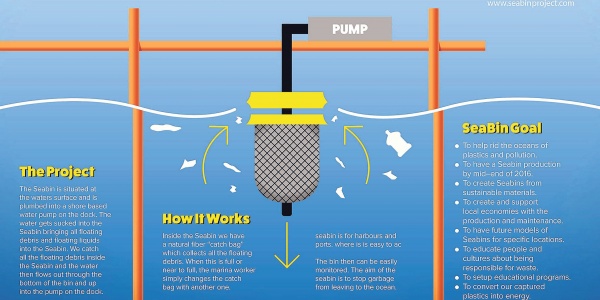 ADVOCATING AND executing projects to achieve a cleaner, greener and more sustainable environment is one of the fundamental goals under the Corporate Social Responsibility Portfolio at Jamaica Energy Partners (JEP). Through this portfolio, under the theme ‘Environment’, sustainable business practices as well as activities that promote environmental preservation are critical to who we are as a company. JEP and WKPP participate in several initiatives that reduce our carbon footprint and engender a culture of environmental awareness.

This month, JEP will continue to play its part in... read more 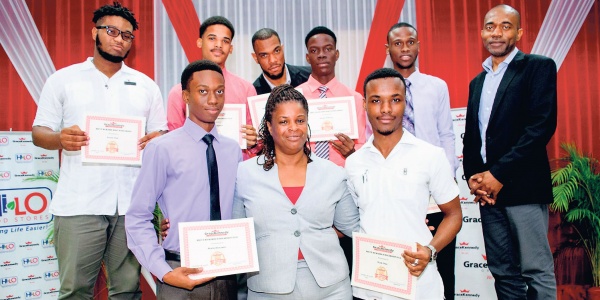 Scholarship recipients of the Bruce Rickards Scholarship, which is given to past students of Kingston College, are joined by Madame Hall, French teacher at Kingston College (front row, cenre) and Dave Dacosta, VP of digital marketing and communications, First Global Bank (back row, right).

GraceKennedy Foundation has added a service component to its scholarship programme that is aimed at contributing to Jamaica’s development. This was announced by Senator Don Wehby, Group CEO, GraceKennedy Limited (GKL), who addressed the foundation’s Scholars Awards Ceremony, held at The University of the West Indies (UWI), Mona campus, on October 18.

Speaking to GraceKennedy’s focus on nation building through education, Wehby said, “If every child is given the right opportunity, wherever you are from, once you apply yourself, you will do well. That is why I believe very strongly... read more 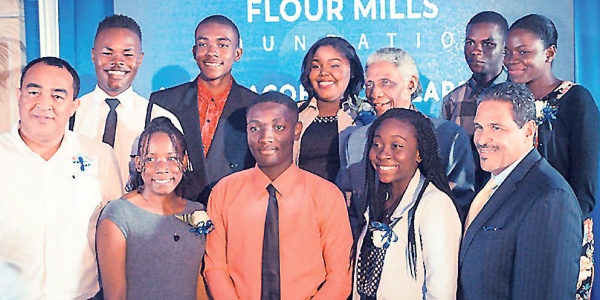 Eight students from communities across the island will be completing their tertiary education with no major cost to their families, thanks to $3.6 million in scholarships they have received from the Jamaica Flour Mills (JFM) Foundation.

The foundation, which this year celebrates its 30th anniversary, has, over the years, funded the education of more than 200 students with financial contributions amounting to more than $45 million. 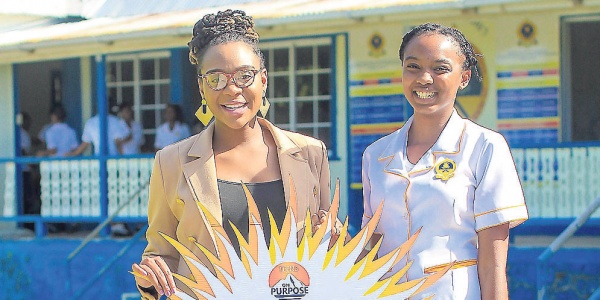 Jamaica is currently poised for Vision 2030 – a strategic road map geared towards making Jamaica the place of choice to live, grow, start businesses and raise families. Hence, with the... read more 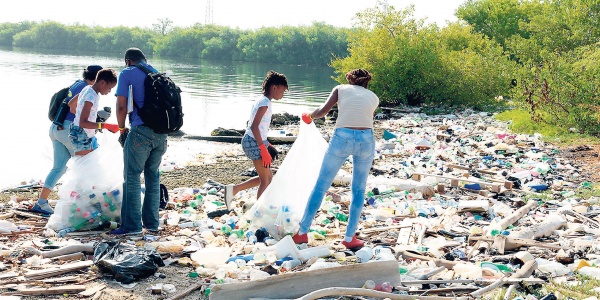 THE JAMAICA Environment Trust (JET) is reporting that seven truckloads of garbage were hauled away from its 2018 International Coastal Clean-up (ICC) Day, a flagship event undertaken at the Palisadoes go-kart track in Kingston. The event was JET’s 25th annual beach clean-up of the Palisadoes strip marking ICC Day, which took place on Saturday, September 15. More than 1,700 volunteers joined JET on ICC Day 2018, collecting more than 1,000 bags of garbage weighing an estimated 15,488 pounds from the Kingston Harbour coastline.

The number one item collected at the clean-up was plastic... read more

Hampton student off to Monroe College 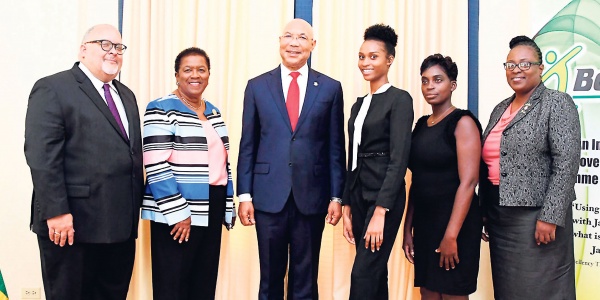 The govenor General’s 2018 IBI-Monroe Scholarship recipient, Hampton student Mickaylia Johnson, will commence reading for a bachelor of science degree in computer information systems, which she will complete in 2022.

This four-year scholarship is facilitated by a partnership between the governor general’s I Believe Initiative (IBI) and New York-based Monroe College, which began in 2014 and has so far benefited three students.

Commenting on her selection, Johnson said, “It’s a dream come true and I’m really happy and grateful for the opportunity to be able to take the next... read more

‘Vybz’ up your pot with Dacres Backyaad Jerk Seasoning 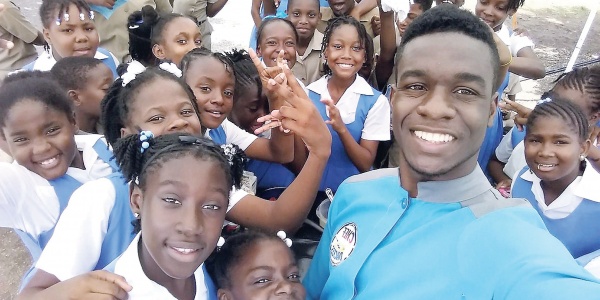 When he last spoke with Youthlink, he had said it would take another five or 10 years for his goal of having his own line of products marketed to consumers.

“I’m confident about my jerk sauce and a host of others. I want that when you see Maggie, Miss Birdie or even Grace, Chef Dacres is right there, too,” were his exact words.

It hasn’t exactly been five years – actually it was only last year that we interviewed the most talked about young chef in the east, Chef Dacres. What has he been up to? Well, on some kitchen shelves and soon, within supermarkets and wholesales, you... read more 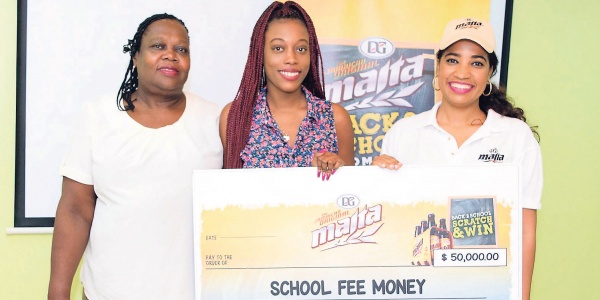 Nineteen-year-old Venekia Thompson, a final-year student of the University of the West Indies, western Jamaica campus, is thanking her lucky stars after becoming one of the first winners in the Malta Back-to-School Scratch and Win competition. Thompson, who hails from Rhine Park in Montego Bay, said that with the financial windfall she is now one step closer to completing her bachelor’s degree.

“I feel really good about the win. School is coming up in two weeks and this will help greatly in paying for my tuition,” expressed Thompson, who is studying accounting and operations... read more