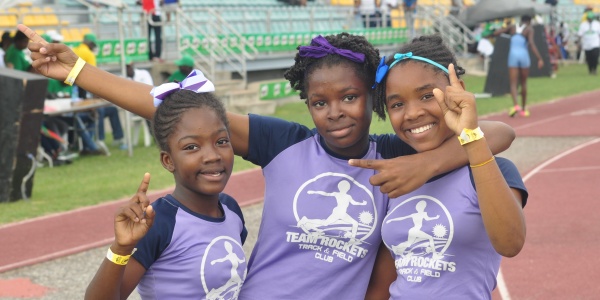 Persons island wide came once more to hear the starting officials set off their participating team in this year’s Milo Western Relays, and to experience nerve wrecking battels to see who will cross the finish line first.

On February 10, 2017, The Milo Western Relays saw its 40th Staging, to host a numerus of track and field events, which was primarily set to showcase talented athletes from schools from the western sections of the island. Although primarily targeting western athletes, there were a few familiar faces who made their presence known, from the eastern sections of Jamaica... read more

Rusea’s High had a lot to celebrate after their 11 th victory in the DaCosta Cup championships 2017, and being a very high-spirited school, they had to celebrate with a bang. On December 4 th 2017 student’s teachers, parents, and even Rusea’s upporters got the opportunity to flaunt the fact that theyare the 2017 DaCosta Cup champions. The day commenced with a lively devotion ceremony which was led by students Dontae Gordon and Ramone Watson who along with the school musical band abolished any chance of boredom throughout the ceremony.

The stars who shone at Champs 2016

The Inter-Secondary Schools Boys and Girls' Champions is one of the most anticipated and celebrated events on the Jamaican sporting calendar. Last year, a number of records were rewritten, new stars were crowned and old stars cemented their places in history, as Jamaica's high-school athletes once again showed why the country is, and will remain, a veritable athletics factory. Here are three of our six picks for the stars of Champs 2016.
Junelle Bromfield - The St Elizabeth Technical High (STETHS) middle-distance queen is a very special talent. She came into Champs 2016 in imperious... read more