Changed: One teen’s journey from rebellion to respect 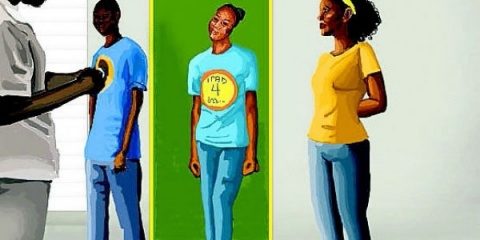 Growing up in rural Jamaica, Mishca Ann Shakespeare* was a very active child who preferred to play with plants rather than with her peers. However, her jubilance came to a halt by the time she was seven years old. Her relationship with her mother became so toxic that she had to go to live with her father. “She didn’t like me and she made me know it. Something as simple as a hug, she would push me away. I was so angry at her, because I wanted us to have a regular mother-daughter relationship, but it was clear this was never going to happen,” revealed Shakespeare.

This social shift planted a seed of bitterness that showed no visible signs in her behavioural patterns while she attended primary school. Fortunately for her, during those years, she was always given attention by her female teachers, who would encourage and guide her.

“I was always a top-five student in every grade level in primary school, and my teachers were very loving towards me. They would always ask me to do things and keep me involved in all class activities,” she shared.

As she moved on to high school, the stark reality of a new environment where she was no longer being pampered jolted Shakespeare, who confessed that the initial social adjustment was challenging. “Everything was so new to me. Plus, I wasn’t getting the attention I was accustomed to in primary school, which made things even more difficult.”

HAVING A HARD TIME ADJUSTING TO HIGH SCHOOL

Even though she had had some challenges settling in, Shakespeare still managed to achieve respectable grades in first form, while staying out of trouble. By the time she entered third form, however, she was trying to gain attention in every possible way. Psychologically, there was a void created by her estranged relationship with her mother, and she was determined to fill it.

“I started getting into a lot of trouble, especially with teachers. I always had a rude response whenever they were talking to me. I used every chance to show them attitude,” she admitted.

Her behaviour towards her peers was even worse, as she would use every opportunity to berate them.

“At the time, I would always find things to say that I knew would hurt them, especially if I could make them cry. Sometimes I would ‘faaas’ in their phones to find gossip, to see if there was anything embarrassing, then I would share it with the rest of the class,” she stated.

A now-contrite Shakespeare admitted that she would stop at nothing to make others feel unhappy. “I remember one of my female classmates was recorded in a promiscuous sexual act, and I played a major role in sharing the entire thing with my form. In the end, the girl was in tears.”

All this miscreant behaviour led to two suspensions, countless warning letters, and a weekly session with the guidance counsellor, but nothing could abate her distasteful attitude until her final semester in third form.

“I was doing an exam and I was finished, but the invigilator did not want to let me out, so I tore up the paper in front of him and walked out without his permission.”

This caught the attention of her guidance counsellor, who was close by. Consequently, she was sent to the vice-principal’s office, where it was recommended that she be a part of IPAD 4 Life Youth Empowerment and Mentorship Camp, a two-week summer camp undertaken by members of the Jamaica Constabulary Force.

“At first, I thought it was a boot camp, so I was very doubtful, but the facilitators were so positive, especially Sergeant Scott- McGibbon. She spent a lot of time talking to me and mentoring me,” the teenager recalled.

The camp, held at Iona High School in St Ann, hosted more than 70 at-risk students and taught them self-improvement courses as well as exposed them to pep talks from different professionals. “In the mornings, we had to make up our beds and tidy our areas, then we would have a doctor or lawyer come and talk to us about staying on the right path.”

Eventually, Shakespeare welcomed this intervention and started to blossom under the guidance of the facilitators. “They would give me different challenges to do and realised that I was very responsible. At the end of the camp, I was awarded most improved female,” she proudly declared.

Now a fourth-form student, she has been selected to be a school prefect and an ambassador for the programme.

“When I came back to school, I apologised to a lot of persons, especially the teachers and the female whose video I had helped circulate. I was feeling a lot of pain and went about expressing myself the wrong way. But, as I told one of my teachers, this is a different year for me and I am going to prove to everyone how much I have changed.”

She admitted that not everyone is convinced that she has been reformed, but she is intent on proving them wrong. “Based on some of the things I have done, I know some persons have their doubts, and I can’t wrong them. It is a process that is going to take time, but in the end they will see how much I have changed.”
*Name changed to protect her true identity

‘Above it All’ highlights youths who have found a way to persevere despite extenuating circumstances. For questions or comments, email: yl.jamaica@gmail.com or social media @kareemlatouche.